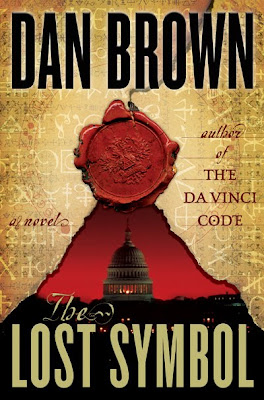 As usual, he did a great job doing research on histories and linking them together. In his last book, The Da Vinci Code, he managed to stir up a storm by telling the world how the Bible has been distorted through time and people and the so-called hidden truth of Jesus, that he is so in love with Mary Magdalene that they have a child together.
Angering Christians around the world. Many have called in protest to boycott and ban the movie and book. But ultimately creating a greater interest and publicity for the author and movie making him a overnight sensation.

The Lost Symbol has no lack in thrills and mysteries, quick pacing a timeline with few things happening at the same time ultimately towards the same destiny. But one thing that disappoints me is the character development of Robert Langdon, who is also the main character in the previous 2 books.
It is frustrating to read that a man that has such great head knowledge of symbols and histories has become skeptical with the things he sees. Being a lecturer of such topic, he sees all, knows all but not believing at all.
All that happened through the story, he is always rejecting the idea of any of those myths and legends to be true.
The author has done extensive research on the American history. It is interesting to know that George Washington actually has a sculpture of himself as a god. I did a google search it, and found it is true that such sculpture exist. 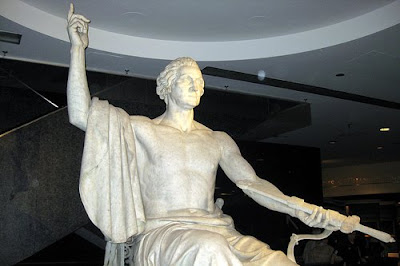 Another interesting area is the introduction of the Noetic Science. Its the study of how the human mind, through thoughts or will power, is able to change matters, alter situations, even influence other's thoughts. I remember Pastor Kong ever preached how negative or positive thoughts can hinder the formation of ice crystals.

Apparently, the Institute of Noetic Science has done such proving experiments that a common unified thought from a group of people is able to change or alter and achieve their goal by thinking about it. In unison the thoughts is magnified. It is a scientific reality that the power of prayer groups and healing circles has the power to heal and move situation.

Genesis 11:6, God acknowledged that with people thinking and focusing in unity, they can achieve anything.

In the finale of the book, the author affirms that the Bible is the Ultimate truth of the Universe. Holding an immense amount of knowledge that is too powerful for man to understand. And that faith is the new science and the new direction for people.
Maybe its an attempt for the author to please the readers of the Christian world, nonetheless, it is a good book to read if you are into such topic.
.
Posted by Ricket