One of the "traditions" that we have been doing as a family is to take a family picture on the first day of the Chinese New Year. In this way, we can all see how the children are growing, and how we are aging...
This year we have Jared, the latest addition to our family. 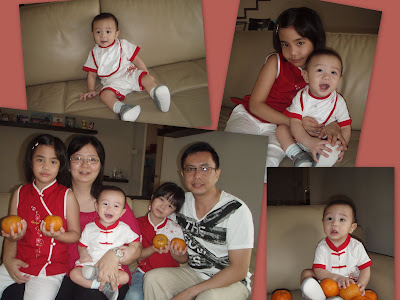 He is certainly the center of attention wherever he goes. Although he is having cough at the moment, but he still never failed to attract people's attention with his natural good looks inherited from his father. 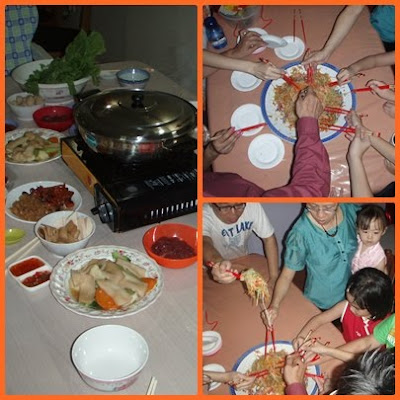 Feasting is... I don't know... a good thing? It is good when its done once in a long while, but everyday for 4 days...? Not just the regular meals but also loads of the New Year goodies like BBQ Pork, biscuits of various flavors, desserts and sweets...
Gatherings and visitations are good so that we can meet up with friends and relatives whom we haven't met or wanted to meet and catch up as much as possible. We certainly don't wish that our kids grew up not knowing their cousins or without any childhood friends. 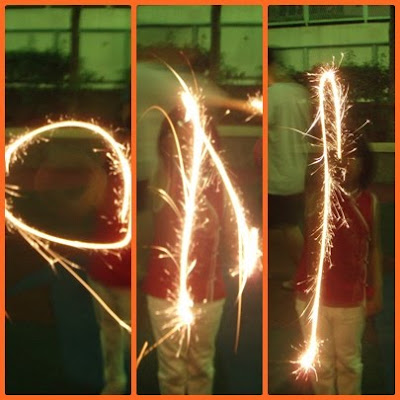 Kids in Singapore don't get to play with fire crackers. I remember when I was a kid, a neighbor of mine got his hands on some fire-crackers and we hid in his room and lighted that sucker ready to throw it out of the window, but a miscalculation caused the cracker to ignite earlier than it should. "BOOM!!!" When the smoke cleared, the expression on his face was priceless. I laughed out loud.

But now, come to think of it, anything could have happened... blown out his eyes, he might have lost his hearing... I'm glad the gov't banned it.
Posted by Ricket 3 comments:

It was a bright and sunny Sunday morning as we drove to church.
I dropped of my wife and kids, put the car in reverse and started to back into the road to find a parking lot. That's when I noticed people in front of me were waving frantically and pointing to the bottom of the car. The next moment... white smoke came bellowing out from under the bonnet. 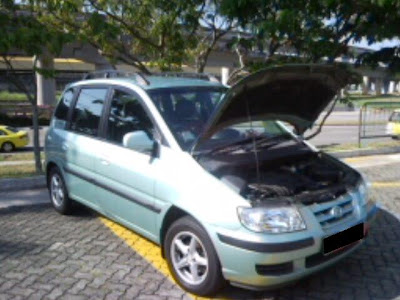 I stopped the car and popped the hood. More smoke...
I looked at the car in bewilderment, not noticing the hundreds of eyes looking in my direction as me and my car became the centre of attraction in the middle of the drop-off point.
People came and started to poked their heads in it giving pro, semi-pro and not so pro advice and make assumptions of what it could be... The low oil level in the Power Steering reservoir could mean the hose has bursted $Ching$, The smoke could indicated Radiator is ripped$$Ching-Ching$$, the red oil splattered all over the floor indicated it could be Transmittal Gear Box is torn $$$Ching-Ching-Ching$$$, nothing is conclusive till I get my mechanic to take a look. 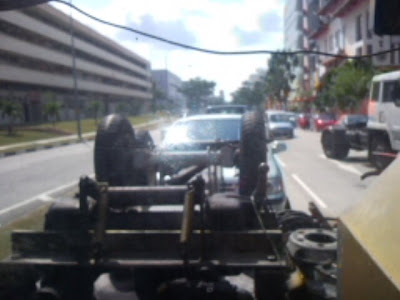 I called the tow-truck and it arrived in 45 mins. Towed it away to the work-shop with me riding in the front. 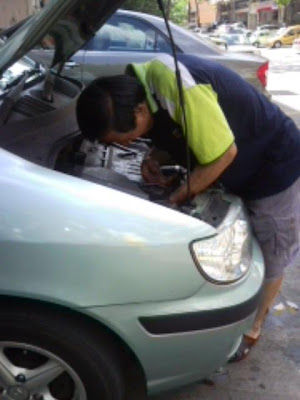 Kim Beng, my mechanic, working hard to replace a faulty part. Apparently, a hose connecting to the Power Steering Fluid reservoir came loose, the fluid sprayed onto the hot engine, vaporizing instantly causing the white smoke.
I took back the car in half an hour. Just in time to go back to pick up my family.
.
Posted by Ricket No comments:

Email ThisBlogThis!Share to TwitterShare to FacebookShare to Pinterest
Labels: Car 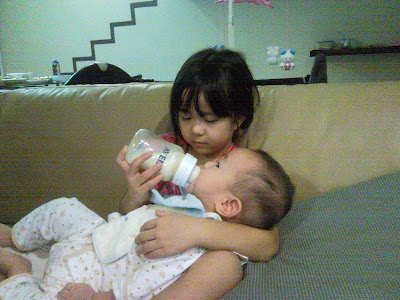 She did it only once and didn't even managed to hold him long enough to let him finish the bottle, but she'll go around telling everyone that she fed him.
.
Posted by Ricket No comments: